Horst is male, mid-forties, right-wing. His obligatory year of military service has left him struggling with his identity. Sarah Fitterer shows how he navigates a path between being respected as a man and the pitfalls of toxic masculinity.

Sound fragments and abstracted images from five blockbuster films convey the narcissistic personality of the stereotypical tough hero. A corset alludes to his insecurity about his body and the six-pack he lacks. A sex toy in the shape of a giant chicken illustrates both his misogynous worldview and his fondness for meat.

Grim and absurd in equal measure, ‘Horst’ makes us realize just how difficult it is to be a man in a world of media clichés and shifting gender identities. 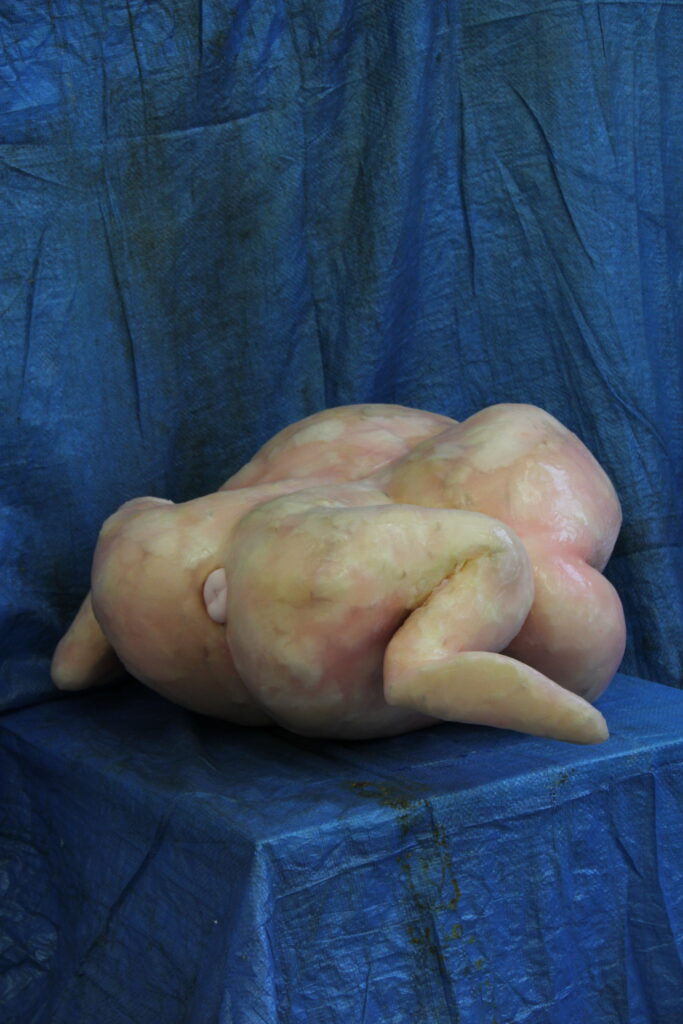